Lefkada is well known for its paradise beaches, with the blond sand and the turquoise water. They have been awarded with blue flags, always in the first place of the international voting via internet. Beaches impressive in length and divine in beauty are located at the west coastline of Lefkada.
There are beaches with sandy with crystal water, beaches with the vegetation that reaches the edge, beaches with wild and imposing rocks, all equally amazing.
Porto- Katsiki, Kathisma and Egremni are three beaches that appear in the cover pages of famous tourist magazines and newspapers, worldwide.

Porto Katsiki, the famous and awarded beach, voted as one of the best in Greece and one of the most popular in the Mediterranean Sea, is of a breathtaking beauty. It is well known for its steep white rocks over a fantastic sandy beach and turquoise waters.
The east and the south side of Lefkada, offers lee, small and large beaches, with pebbles and paradise water: Ligia, Nikiana, Perigiali, Nydri, Desimi, Poros Ammousa, Agiofilli, Vassiliki. 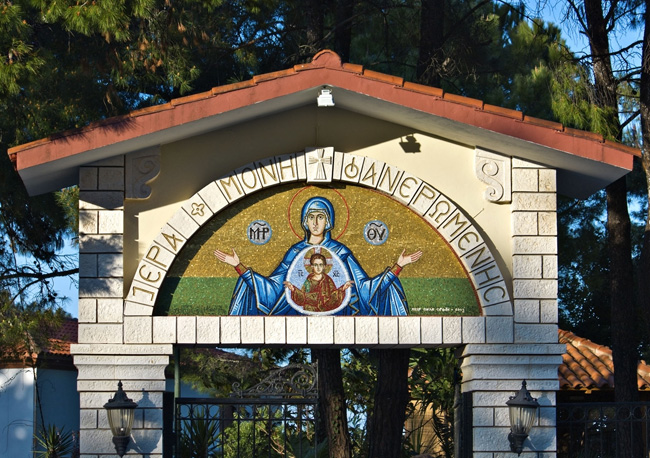 Lefkada Holy Monastery Faneromeni the sacred rock of Our Lady, as they call the Virgin Mary in Lefkada, on a hill with stunning views over the west and from the city center, located for centuries, the historic Monastery of the Blessed Virgin Faneromeni. The Virgin Mary is the patron saint and protector of the island. She take the name “Faneromeni” because the first image of the Virgin, which had been ordered in Constantinople, revealed planned on stage a miraculous way, the monk and hagiographer Kallistos, after fervent prayer and fasting. The painter had only add colors. 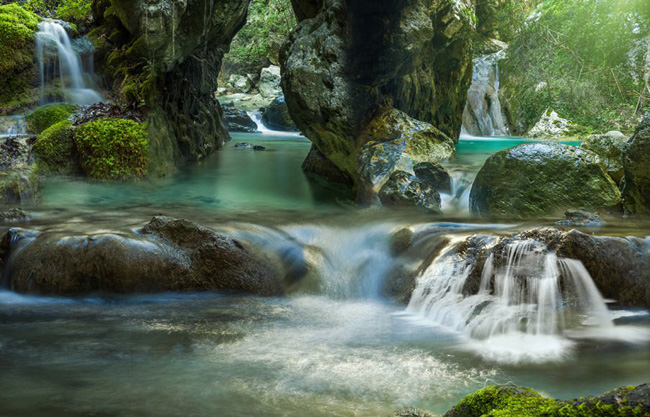 The Waterfall Dimosari Lefkada is one of the most remarkable and stunning natural beauty attractions on the island. It lies twenty kilometers south of Lefkada town. To get there passing Nidri, follow the signs and in ten minutes you reach the first waterfall. Then to get to your destination following a twenty-minute walk in the green nature, really worthwhile and it is an adventurous and interesting route. 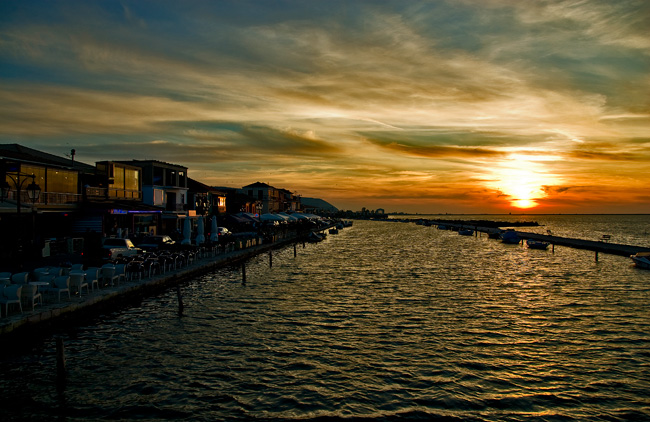 The lagoon in Lefkada

The lagoon in Lefkada is one of the most important natural heritage sights and natural beauty of the island and Greece. The lagoon has been designated as a wetland of great ecological importance. Located in the city of Lefkada and is a landmark for many rare birds, such as gulls, the kalimanes, ducks, geese and swans herons. The scenery is breathtaking and well worth the visit. 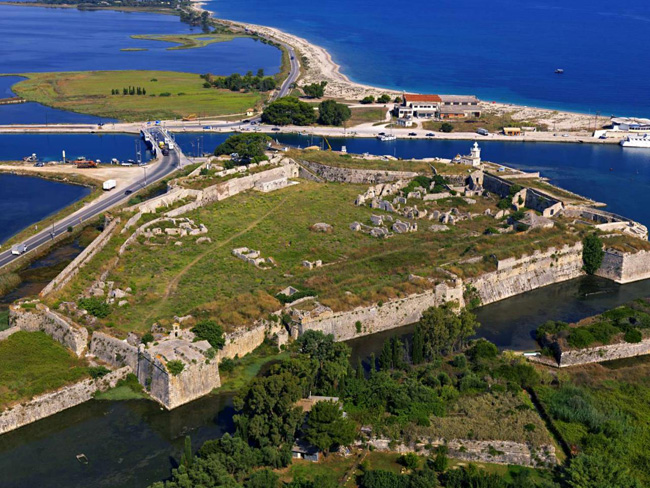 The Castle of Agia Mavra (also known as Santa Maura)  is strategically located on the Lefkada Island besides the Drepanos channel within close distance to Hora, only 1.2km away and it can be seen from the entrance of the island.
In the beautiful Mediaeval Castle of Agia Mavra you can see the church of Agia Mavra. According to tradition, the church was built in the 15th century by Helen Palaiologina who built this church in honor of Agia Mavra who protected her once from the storm. She came to the island for the wedding of her daughter to the Count of Lefkada.

The Phonograph Museum of Lefkada is in the main street of the old town of the island. The Gramophone Museum is one of the special attractions in Lefkada and features a valuable collection of gramophones and musical instruments. It also hosts folklore items such as cards, jewelry, photographs, embroidery, tools and coins. In Lefkada is one of the most interesting historical sightseeing and presents an important part of the folklore tradition of the island. Many visitors are coming on summer vacation and traveling to the island to admire the unique items on display.

The Temple of the Almighty

The Temple of the Almighty in Lefkada is one of the important historical and religious sightseeing on the island. The Church of the Pantocrator was built in 1864 and belonged to the poet Aristotelis Valaoritis family. Indeed the church is the tomb of the famous poet. Inside you can admire paintings of famous painters.
There are many old churches on Lefkada that you can visit.

You don't have permission to register

LOGIN
We use cookies to ensure that we give you the best experience on our website. If you continue to use this site we will assume that you are happy with it.AcceptRead More